Corrie is an award-winning ceramist from the UK, currently living and working in Barcelona, Catalonia, Spain (Europe). She is a member of the IAC, the International Academy of Ceramics, and runs the Corrie Bain International Ceramics School in Barcelona. She runs three-month intensive ceramics professionalisation courses, symposiums, artists residencies, and offers coworking spaces to students and artists.

The Catalan Association of Ceramics, Barcelona

Influenced by abstract expressionist painting, Corrie studied classical drawing and painting from the age of 12 to 16 at Chalkis School of Art in Greece. Returning to Scotland in 1997, she studied Art, Literature, Creative Writing, and Spanish, at Stevenson College in Edinburgh, then went on to study a Higher National Diploma (HNC) in Art and Design, at Langside College in Glasgow.

She began studying Ceramics at Edinburgh College of Art (University of Edinburgh) in 1999, completing a Bachelor of Arts in Design and Applied Arts, graduating with an Honours Degree in 2003. 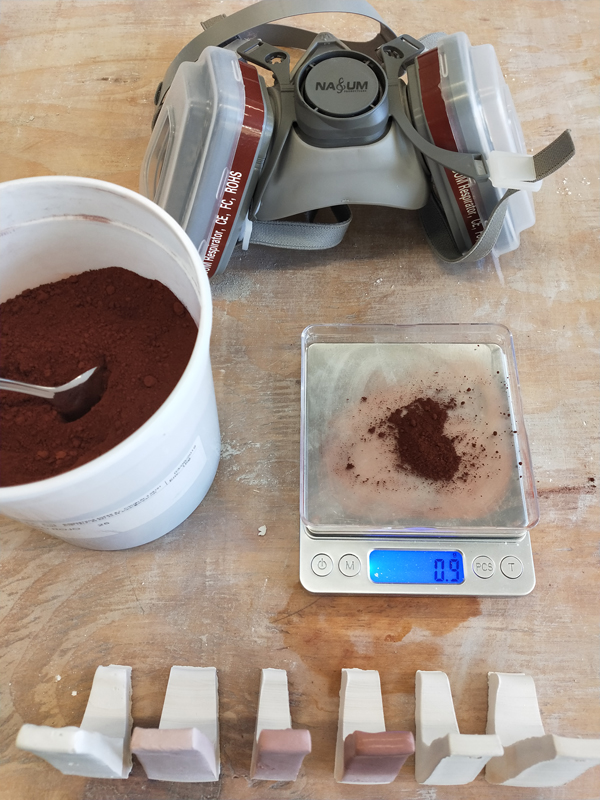 Corrie Bain was born in 1979 in Caithness, Northern Scotland, and is the daughter of Alan and Schoniad Bain. Alan is a Faenza award-winning studio potter and graduate of Glasgow school of Art. He taught workshops in Smoke-firing, Pit-firing and Raku firing as Jane Perryman mentions in her book: ´Smoke Firing: Contemporary Artists and Approaches´. Corrie grew up in the north of Scotland where her parents ran an international residential pottery school called Lyth Ceramic Workshop for 15 years.

When she was 7 years old her family emigrated to Greece, and founded a residential summer school called Candili Mountain Pottery on the Achmetaga estate in the village of Prokopi, on the Aegean island of Euboia, taking over a school that had been founded by Michael Cardew in 1970. People came from around the world to take two-week courses in the school. Corrie helped her father out as an assistant in the pottery from the age of 7, and taught her first ceramics class to a group of Dutch students when she was 18. She was influenced and surrounded by ceramicists and artists such as George Wyllie, Pip Hammond and Alex Leckie, who was her fathers teacher and a close family friend. 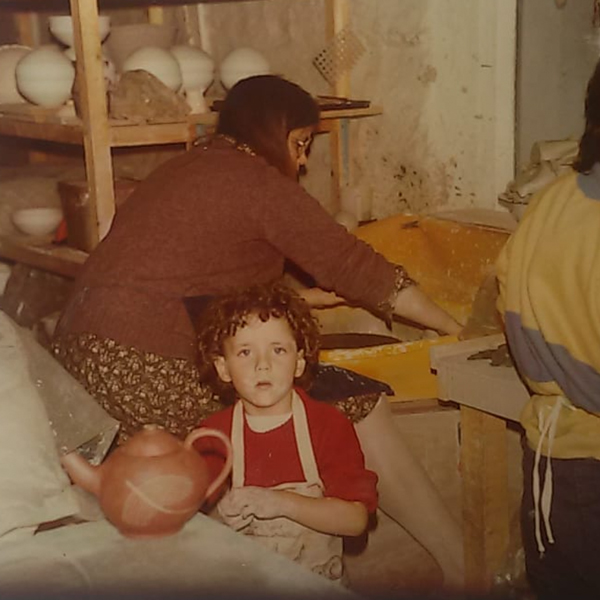 Alex was lecturer in Ceramics and Sculpture at the South Australian School of Art in Adelaide from 1956 to 1962, and Senior Lecturer in charge of Ceramics at Glasgow school of Art for 16 years, between 1966-1982. He was known for his large-scale installations in Australia. Alex emigrated to Greece in 1992 and set up a pottery alongside her father. Corrie became Alex´s assistant and he taught her how to make large, hand-build sculptural works, and plaster moulds. Some of her fathers students whom she grew up learning from are ceramists such as David Whitehead, Terry Davis, Stef Baxter, Roz Herrin, Ashraf Hanna and Sue Hanna.

The Achmetaga estate where Corrie grew up belonged to Francis Noel Baker. Francis was a relative of Lord Byron, third-generation Labour MP and son of Labour MP and Nobel Peace prize winner Philip Noel-Baker, and his wife Barbro Noel Baker, member of the Swedish Foreign Office and linguist. The Achmetaga estate is a retreat where seminars for the arts, culture and education are held, still running under the same family today and now named The Candili Estate.

Francis Noel Baker was a keen botanist and had many gardens full of flowers, to which he gave many different names, such as the Chinese Garden, Japanese Garden, Rose garden, and Strawberry garden. He knew the Latin names of the flowers in his garden and collected seeds to plant in a green house. He had a vast library full of books about botany and encouraged Corrie to grow her own garden on a small plot of land, planting flowers with the seeds they collected from the gardens. Growing up in a small village on an island in Greece, she had many animals and was an avid collector of the local flora and fauna, and people sometimes compare her childhood to the life of Gerald Durrell in his book ´My family and other animals´.

After graduating from Edinburgh University, Corrie Bain exhibited at the ´New Designers´ Exhibition in London in 2003, and began exhibiting internationally in galleries throughout Scotland, England, Italy, Crete, and Greece.

She started teaching ceramics full time in 2003, founded and ran a residential summer school called Limni Ceramics Centre in Greece, and began producing work for the Benaki Museum gallery in Athens, where she sold her work for four years(2004-2008). In Greece she experimented with a wide variety of high-firing techniques such as reduction, oxidation, salt, wood, saggar, pit, raku, smoke, and black firing, and continued to exhibit internationally. 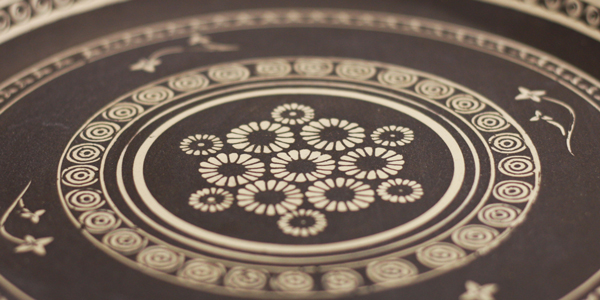 In 2007 she emigrated to South Korea for two years to learn from Korean Master ceramicists in the village of Anseong in Gyeonggi-do Province, near Icheon. She visited workshops, and attended classes with master ceramicists such as Lee Yeounhyu, Lee In Chin, Lee Kang Hyo, Yoo Kwangyul, and Han Ho Hyon, learning how to make Korean Buncheong ware. She attended the Gyeonggi International Ceramic Biennale twice, in 2007 and 2009 as a visiting artist, where she met international ceramic artists including Hyejeong Kim, Phil Rogers, Janet Mansfield, and John Britt.

After South Korea, she travelled to North Korea, China, Japan, and Thailand to research celadon glazes and the history of oriental ceramics. In China she travelled to Beijing, Xian, Yunnan, Yixing, and attended porcelain workshops at ´The Pottery Workshop´ in Jingdezhen in China. In Jingdezhen she learned how to work with porcelain clay and worked with local potters.

By recommendation of Phil Rogers and Korean ceramist Hyejeong Kim, she travelled to Japan to meet Tomoo Hamada, Shoji Hamada´s grandson, and attended workshops with Ken Matzuzaki  in the pottery village of Mashiko. She went on to continue researching oriental philosophy and ceramics in both Bizen and Kyoto, focusing on improving her understanding of Raku firing, and learning the art of Kintsugi.

Since moving back to Europe on 2009 to live in Barcelona, Corrie continued to study ceramics with English ceramist Seth Cardew, her teacher and mentor. Since then she has taken workshops with Marcia Selsor, Jane Jermyn, Shamai Sam Gibsh, Esther Beck, Steve Hilton, Adil Writer, Robert Lawarre, Antoinette Badenhorst, and Alberto Bustos. For 10 years (from February 2009 until January 2019) she worked as manager, ceramics teacher, technician, and teacher trainer at ElTorn School of Ceramics in Barcelona.

She has worked in 36 different pottery studio’s around the world, in 11 different countries, managed 4 workshops, and founded two schools. She is the founder and owner of Corrie Bain International Ceramics School in Barcelona, where she teaches, gives international workshops and rents out coworking studio spaces to artists. It is located near the city centre on Carrer de Pujades 60, 2o 2a, in the area of Poblenou. She also has a private studio at her home in northern Barcelona, where she makes work for world-wide exhibitions in art galleries, museums, collectors, and private commissions.

Corrie Bain makes sculptural and semi-functional ceramics in a range of different clays including porcelain, white stoneware, and black stoneware.

She has also made many large-scale sculptural installations including socio-political works related to the Syrian refugee crisis, environmental issues, and Brexit. She is known for her ´Seed Pod Collection´ which she began making in 2004, based on microscopic images of seed pods. She exhibited at Chelsea Flower show in London in May 2019, after being selected by the Royal Horticultural Society to exhibit and demonstrate her work in the Artisan Houses. 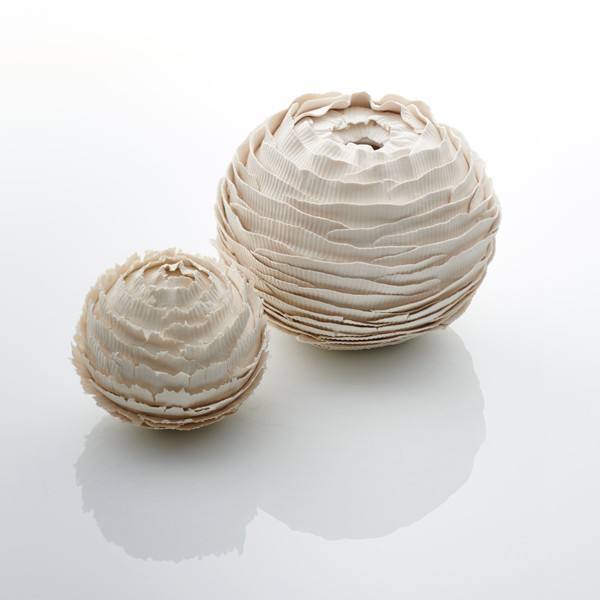 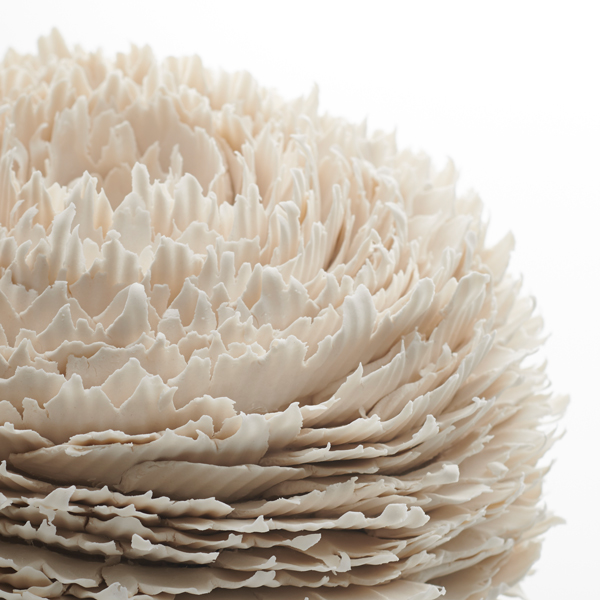 In 2019 she was elected as a member of the IAC International Academy of Ceramics, and has been selected as one of 302 artists to lead the Korean GICB International Competition and Biennale in 2019. In 2019, she won third prize for her piece Cycus Llamelae at the CICA Biennale at the Alcora Museum in Spain. As a member of the artists group `The Diagonals´ she will participate in an exhibition for the IAC conference in Lapland, Finland, in 2020. You can find her work for sale online on Saatchi, and Haitch for Handmade.